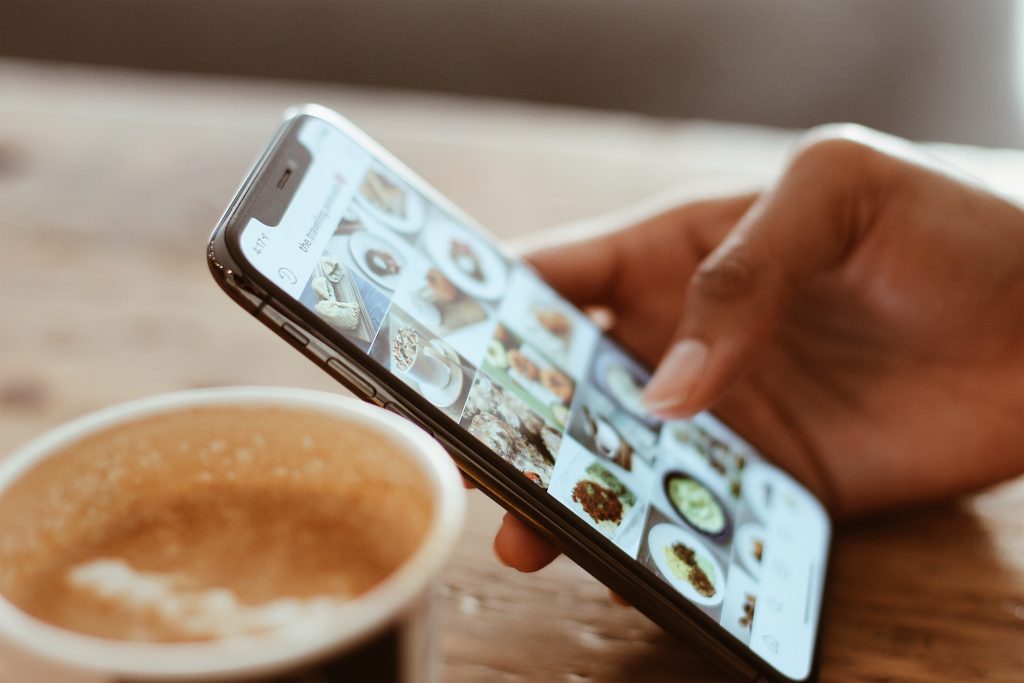 People spend nearly two and a half hours a day, on aver-age, scrolling through social media feeds, according to market research firm GlobalWebIndex. So, investing marketing dollars on the various apps consuming consumers’ attention is pretty much a no-brainer.

But social media marketing is only the beginning when it comes to sales potential. In recent years, social media apps like YouTube and Instagram have been transforming their platforms into digital marketplaces, enabling people to buy custom merch directly from brands and inﬂuencers, often without ever leaving the app.

“Social is the most logical and natural place to be able to shop and transact,” says JP Hunt, partner and co-founder at InkSoft, a platform for online branded merch. “The reality is a brand or personality spends a lot of effort in developing their social media reach. If they want to stay in front of these customers and keep their attention, the best way to do that is through branded products. There’s a total synergy there.”

Though some of these social selling tools are open only to well-established brands or content creators with large followings, their availability is likely to grow, as social shopping becomes more widely used. “This is absolutely where the business is going,” says Ned Specktor, a salesperson who frequently uses YouTube to connect with clients and prospects. “People’s eye-balls are 100% on their phones.”

Indeed, consumers have become increasingly comfortable shopping via smartphone. Last November, 35.6% of online sales were completed via smartphone, compared with 28.8% the previous year, according to Adobe Analytics. However, the bulk of that spending wasn’t done through social media transactions. Adobe Analytics reported that only 2.1% of online sales on Cyber Monday were delivered to e-commerce sites via social media.

Expect that percentage to grow as social media developers devote resources to making their platforms more e-commerce friendly. In fact, they’ve already begun to do so. In 2018, YouTube first rolled out its “merch shelf,” which appears right below videos, allowing fans to purchase branded gear with one click. At first, the app connected its creators with web-based custom merch platform Teespring for fulﬁ llment. Last year, it expanded the merch shelf

Twitch, a popular platform for livestreaming video games, also has a partnership with Teespring. That integration allows Twitch stream viewers to buy items while still on the site, and animated in-stream alerts give creators the opportunity to engage with fans whenever they buy something.

There’s a definite advantage to being able to sell directly from a social app’s native environment. It reduces friction in the buying cycle; one-click buying helps to keep shoppers from abandoning their online shopping carts before finalizing a purchase. Branded merch is also a great way for YouTubers and other online personalities to supplement their income – in much the same way garage bands on tour would often make the bulk of their profits through T-shirt sales, says Steven Farag, co-owner of Campus Ink, an Illinois-based apparel-decorating shop.

Campus Ink has worked with several mid-level bloggers and influencers, helping to build their brand and also setting up and managing their Shopify platforms. “Merch is the low-hanging fruit,” Farag says. “If someone has a cool brand and influence, the quickest way to make money is to sell something associated with it.”

Oftentimes, YouTubers make more money selling merch than they do for the video content they make, he says. YouTube creators Farag has worked with say that selling a few hundred T-shirts a month at $7 or $8 a pop could be worth more than 1 mil-lion views of one video.

Instagram, the Facebook-owned photo-sharing app, has also unrolled tools to streamline social shopping. The app lets businesses add shopping tags to posts or product stickers to Stories. If a user clicks on the tag or sticker, they’re taken to a page with a product description and link to buy.

Last year, Instagram released Check-out, which allows users to purchase a product without leaving the app. The brand also started testing “merch drop reminders,” so that brands can send fol-lowers reminder notifications before a product or limited-edition collection is released. Not to be left out, younger-skewing social media apps Snapchat and TikTok are also experimenting with e-commerce.

Messaging app Snapchat has given some influencers, publishers and brands the ability to create in-app stores, powered by Shopify, allowing users to swipe up on snaps and buy products right in Snapchat.

Snapchat has also used its augmented reality features to enable e-commerce. Last year, Nike sponsored a shoppable Snapchat Lens as part of a campaign for the U.S. Soccer Women’s National Team, letting fans decorate Snapchat selfies with virtual soccer jerseys and the Nike “Just Do It” slogan. They could also tap their phone screen to virtually try on jerseys and visit Nike’s website to buy team merchandise.

For Pride Month, Levi’s partnered with Snapchat to create a special Pride Lens that let shoppers try on a virtual jean jacket and customize it with Pride-themed pins and patches. Shoppers could share their creations via Snapchat, but also purchase the custom jacket via Snapchat.

Meanwhile, TikTok (the short-form video app) rolled out two experimental e-commerce features for some users, letting them put a link in their profile bio and add “social commerce URLs” to videos. When it launched at the tail end of 2019, the features were available only to two dozen of its top creators. Prior to that, brands on Tik-Tok have also used branded hashtags to sell products. Last August, Kroger partnered with four influencers and encouraged college students to post videos with the hashtag #TransformUrDorm. Users could also shop for Kroger products on a dedicated brand page on TikTok.

These developments certainly strengthen the relationship between social platforms, content cre-ators and branded merch. But where do promotional products companies fit into this growing ecosystem? In the short term, there are opportunities for distribu-tors to partner with social media person-alities and handle their merch fulfilment on the back end, Hunt says. Consider also following Campus Ink’s model of reach-ing out to newly minted influencers and offering to help them develop their brand from the ground up. “We usually sit down with them and do a discovery phase, understand their goals and what they’re trying to do and the things that complement their brand, then it’s a lot of throwing darts and seeing what sticks,” Farag says.

And, if you want to be involved in social commerce as it grows, you must be active on social media now and become a “practitioner of each platform,” Specktor advises. “Understand the nuances of each and try to create content that really respects the plat-form.” Then, when more of these in-app selling tools are available at large, you’ll be well-positioned to take advantage, he adds.

Most important of all, however, is to remember the golden rule of social media: You can’t always be selling, no matter how easy the platform makes it. “You have to create a connection with your followers and provide value to them,” Specktor says. “That’s the secret sauce.”

Take the first step to crafting your next brand experience